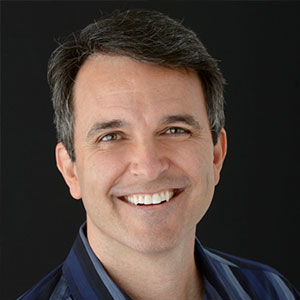 ‘Simply performing for an audience is fun, but there’s something extra special about showing them a product, service or idea that can improve lives.’

Chris Hurt was barely six years old when he discovered the joys of performing. But it would take another fifteen years before he learned the significance of truly ‘serving’ an audience.

Chris first began to hear his ‘calling’ while working with the Walt Disney Company in Orlando. And the volume of that call grew with each new job he took: first as skipper on the Jungle Cruise, then as tour guide, followed by ‘Mouse-ter’ of Ceremonies, Disney University Instructor and finally, Walt Disney World Ambassador. The pattern was set…

As a self-employed spokesperson since 1997, Chris has become a broadly experienced veteran of live shows, industrial films, commercials and voiceovers. He now averages more than 100 days per year in front of an audience, camera or microphone somewhere in the United States.

‘I’m absolutely convinced that free market enterprise makes it possible to solve nearly every problem mankind faces. Delivering that message, one presentation at a time, is a very personally fulfilling experience. I truly love the job.’

“When we need a pro that can ‘convey’, we call Chris Hurt. Serious. You make my job easier and it is one less thing that I have to worry about.”
Dan Bramm, Bramm Films

“Chris is always prepared… he saves us time and money in the rest of the workflow and that is HUGE.”
Stasha Boyd, Q Media Productions

“We have been utilizing Red7 Live for many years now and their quality of services is always consistently the best. During our shows Red7 Live is continually running product and services demos not only to engage the audience but also to educate on technical aspects while making it fun. Our lead count is always very generous and allow us to do many valuable customer follow-ups. Red7 definitively maximizes our show and both investments in a very positive way.”
- Salisbury Assessment Solutions, Honeywell Salisbury

Enough about us, tell us about you.

"Thanks for all you did at AHR...the halls were buzzing yesterday as everyone returned from the show!" - Jill Rosset, Sr. Manager Marketing Communications, Honeywell Analytics