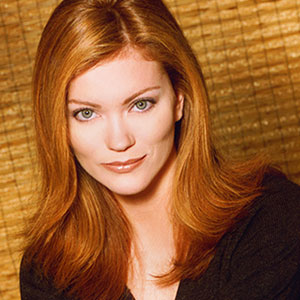 Alecia Davis is a TV personality, best known for her work as a TV host and correspondent who can currently be seen on EXTRA (Telepictures), where she covers national celebrity news. She previously co-hosted CMT’s Hot 20 Countdown and #1 Music and a Movie for six years.

Growing up in Nashville Tennessee with her parents and four older brothers, Alecia was somewhat of a “tomboy” until a modeling agent changed her course by sending her to Italy, France, Germany, New York and Miami to model for top fashion designers for many years. In the midst of her modeling career, she attended Lipscomb University and Middle Tennessee State University where she studied Broadcast Journalism.

Davis spent over two decades working in the fashion industry doing print ads, runway shows, commercials, industrials/ infomercials, and music videos. Upon venturing into the acting world she was asked to co-host CMT’s “Hit Trip”, an interview/ activity based show where she took celebrities on vacation.

That job and a move to Los Angeles began a fifteen-year career span as a TV host and correspondent working for the E! Network (E! News Live), ABC Family (XYZ at the Movies), Warner Bros/ Telepictures (EXTRA)., TLC (For Better or For Worse), TV Guide Network (Hollywood 411, Up Close, Big Movie Premiere, Sexy Stars of Country Music, Live from the Grammy’s Red Carpet) Reelz Channel (Hollywood Dailies, Fashion Fanatics), CMT (Hot 20 Countdown, #1 Music and a Movie, Live from the ACM Awards, Live from the CMA Awards Live from CMA Fest), The Dance Network, (Live from Ohio Star Ball) and more. She co-hosted Give and Take on WLAC radio and was a contributing editor for Country Weekly magazine.

Alecia has hosted various types of live events and shows…whether she’s presenting to a group in a small size room or to a crowd of over 18,000 people like she did during CMA fest, her lively, friendly and genuine personality connects with her audiences naturally. She is ambitious in her profession and has a sincere interest in people and knowledge and is a powerful presenter when linking the two.

Alecia is also a sought after media trainer. Having interviewed hundreds of celebrities in various settings has enabled her to utilize her skills to teach celebrities and people in the public eye how to successfully navigate through the media world.

“We have been utilizing Red7 Live for many years now and their quality of services is always consistently the best. During our shows Red7 Live is continually running product and services demos not only to engage the audience but also to educate on technical aspects while making it fun. Our lead count is always very generous and allow us to do many valuable customer follow-ups. Red7 definitively maximizes our show and both investments in a very positive way.”
- Salisbury Assessment Solutions, Honeywell Salisbury

Enough about us, tell us about you.

"Thanks for all you did at AHR...the halls were buzzing yesterday as everyone returned from the show!" - Jill Rosset, Sr. Manager Marketing Communications, Honeywell Analytics